Being a prison wife is a world apart. It cannot be understood by anyone outside of that world. It is sometimes like being a widow, but not. It can even feel like it would be easier to be a widow in the long run. However,  I have learned from talking to friends who have been widowed suddenly that is not really easier either way, just different. It sometimes is like being divorced, but not. Most of the time it is just plain confusing, and  full of pain and the unknown.

Being a widow, you are expected to grieve, to take time and be sad and go through a grieving process, same with divorce to a different degree. And people generally understand, or at least can be compassionate for how you are feeling. These things are a part of life, and most people know at least something about how to help you or even what kinds of feelings you are going through.
Being a prison wife, now that is one that no-one other than another prison wife gets at all. There isn’t a phone tree to organize bringing you casseroles, no calls of “how are you doing today”. No girls night out to let all the emotions flow. It seems people are scared to talk to you, probably because they really have no idea what to say. No-one gets just how important those phone calls are, and having the money for them. They don’t see sending them money for commissary as a necessity, they think its extra, and making it too easy on them. (I have actually been told “its prison, he’s not supposed to be comfortable” They don’t understand just how little they are fed or what they go through in there.) I was thouroghly blessed to have a few wise women who were able to see me for me and grieve with me, even if they didn’t fully realize that was what they were doing. If you find those kind of friends, hang on to them! They will be your lifeline.
There is also the shame that comes along with it, even divorce doesn’t carry that weight as much any more. People seem to have a hard time separating your husband as a person from his crime – or alleged crime, and then, they inevitably link you to him and his crime as if you committed it yourself, or at least allowed it. They seem to think you should have known, could have stopped him, or are responsible somehow for his choices. Most people can’t understand why you would stay with him and think you must be weak to do so. Staying is one of the hardest things I have ever done, and I have been able to see just how strong I am and how much Faith I really have through this process.
Prison wives need to be allowed to grieve as well. We have lost the life and marriage we thought we had, both past and future. We feel suddenly as if our whole marriage was a lie – especially if the crime had a sexual element to it, or involved an affair at the same time. Our whole world has just imploded, and there is rarely a time when it is something you would or could have prepared for. We need support like any other woman going through a loss or trauma. This is every bit as traumatic as a car accident or the sudden death of a family member! 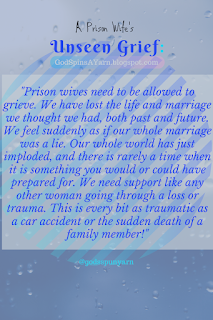 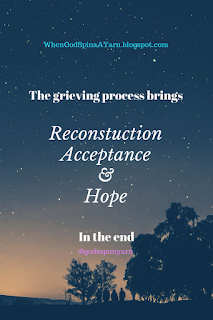 Make sure you find other women who are going through and have been through this life. They will be a saving grace to you! There are now Facebook closed groups full of us prison wives. Find your tribe! I wish I had had these kinds of things when I was going through our incarceration. Just having people who understand makes a huge difference!
Share this with someone you know who is going through this too, or with those trying to support you in your situation. Maybe it will give them a little insight into how to be there for you, even when you don’t even know what you need yet.

Thank you for be willing to share your story and pain with us. I know this will help others going through similar experiences. I pray God continues to use you to bring hope to other women. xo

Thank you, that is my hope as well. 😍

While becoming a people pleaser is a common trauma response, it is not healthy and understanding it's true Nature can help you heal better.

Refining Gold is a high pressure, in the fire process, it's trials that make us who we are.

A blank page dream Ever recieved a letter that was just a blank page in an envelope? Usually comes with another envelope already stamped and addressed to the one who sent it to you. I Read more…